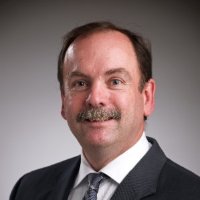 Mr. Edwards has more than 35 years of experience in the residential, retail, senior’s residence and commercial real estate field. He started his career with an integrated real estate company with international operations and progressed, with steadily increasing responsibilities, through every aspect of real estate development and management with that company and others.

In 2014, Mr. Edwards joined Resolve as Development Officer, and since joining Resolve as worked on the orderly completion and delivery of seven (7) senior’s residence for a key Resolve client, comprised of 1,200,000 square and a value of $2,700,000. In addition, Mr. Edwards has been working with the Resolve team on the development of an international brand hotel.

In 1997, Mr. Edwards joined with Creswin Properties as Vice President-Finance. He assumed the position as President and CEO in January 2003 and, since then, has expanded Creswin from a company owning and operating four (4) hundred thousand square feet of commercial real estate to a company which at its peak owned and operated over three (3) million square feet of commercial real estate in both Canada and the United States. In late 2012 the owners of Creswin elected to wind-up their real estate investments to realize the material value that has accumulated in the various assets. Mr. Edwards lead the orderly disposition of Creswin on schedule and to completion in 2014, before joining Resolve.

He is also the founder and President of the Akiko Sen Endowment Fund through which he, his wife and daughters support a variety of community and charitable projects in Winnipeg and throughout the province of Manitoba.

Mr. Edwards holds a graduate degree in accounting and designations as a real estate and project management professional. Internationally, he is a member of the United States of America National Advisory Committee for Real Estate Development, of which he is past Honorary Chair for the State of Arizona. Mr. Edwards is married and together with his wife, Dianne, have two children ages 29 and 27.

Your donation will provide a head-start to those in need.